Locally owned hardware store since 1974. We provide the Park Falls community and surrounding areas with all the materials you'll need for your home improvement or DIY projects! 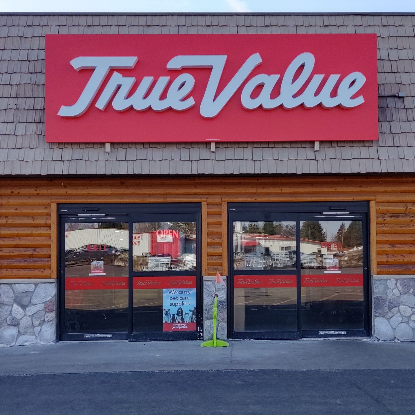 
View All
About Us
In October 1974, Arnold Stueber Sr., owner of Stueber Beverages, Inc. purchased Morgan's Shopping Center. He then acquired the True Value franchise. The operation was managed by Arnold Sr. and sons, Arnold Stueber Jr. and James Stueber. In 1993, Arnold Stueber Sr. retired and his children took ownership of South Side Shopping Center. On July 1, 2004, South Side Shopping Center was purchased by James Stueber, in its entirety. During the first year of operation, a complete re-merchandising was completed in the True Value Hardware Store and Liquor Store. In an effort to further express the commitment to the local community, on June 1st, 2016, the store was renamed to Park Falls Ace Hardware by Willis Qualheim and James Stueber Jr. In addition to those efforts the company switched affiliations on January 1st, 2019 with a complete in store remodel and expansion to enhance the product selections for the community. The company will formally be called Park Falls True Value.
Note: PARK FALLS TRUE VALUE is independently owned and operated. Prices and program participation may vary. Prices are subject to change without notice.
Not finding what you want? Shop TrueValue.com for additional items in our national warehouse.
*Orders placed within 3 hours of store closing ( today) may not be available until the next business day. Contact store for details. Sorry, there is no ads at this time.